skip to main | skip to sidebar

Jemaine Clement is one half of Flight of the Conchords, one of my favorite live comedy acts in the past few years. Their hilarious mix of comedy and music kicks a significant amount of ass. You may have caught them on their HBO special, or on stage if you were lucky enough to catch these New Zealanders while in the states. You also may have caught Jemaine in some Outback steak commercials pretending to be Australian. (And did you hear "Of Montreal's song transformed to a jingle in an Outback commercial? God I want a fucking meaty juicy steak like RIGHT NOW- speaking of MEAT do not forget to see Street Meat TONIGHT!)
Jemaine is the one on the right, Bret is on the left. In that picture over there --->

We flatted* together in Wellington and were both trying to learn the
guitar. Frustrated with not being able to remember other peoples lyrics or
chords or have the skill to play them we started making up our own.

2) You and Brit seem to be very skilled musicians in a variety of genres.
What's your musical background?

His name is actually Bret, it just sounds like 'Brit' because we are
fairly stingy with our vowel sounds in NZ and don't like to use too many
of them. Bret played drums since he was a kid and has been in a few jazz
bands as well as a couple of reggae and dub bands. My parents gave me a
marching drum when I was a kid. They didn't give me the sticks though
unfortunately. As a result Bret is slightly better.

(I'm a jerk who doesn't look up name spellings. It was rather uncivilized and I do apologize to Mr. Bret.)

3) You've achieved some success in a number of countries- how does the experience compare- American vs. New Zealand, etc. ?

In NZ we are famous for being famous in America. (We have been lying about how famous we are in America.)

4) Are you involved in any side projects?

We usually think of F O the C as our side project but this year it is overtaking our main projects. I am working on some animated shorts*. They centre around some sheep who work together eating grass. I'm also chipping away at a vampire film.

5) You guys seem to have fun with the ladies. You sing about the ladies too. What do you think makes a lady special?

That she's not a man? I'm not sure how to answer this. I know I like them though. In NZ a lot of top positions are taken by ladies, the Prime Minister for example. I think Americans might want to try a lady for president soon. I think you'll just love it.

6) What sucks in comedy today?

I think comedy is in a good place today. There is a huge amount of variety.

I didn't read ahead I answered that question in the last question. Now all the readers are angry with me!

8) What's your favorite director/artist/musician/comedian/show- etc, something you think the world HAS to check out?

I really love these NZ guys I used to go and see called Sugar and Spice who are a highly dramatic surreal theatrical comedy duo. They don't venture out of NZ often though so it might be expensive for some of you.

I like pavlova. It's a meringue dessert with a soft centre. Do you have it here? Please don't as it would nullify my answer.

10) What makes you feel pretty?

Listen to some of FOTC's stuff here. Or on Youtube.

Every time I read or watch an interview with Jemaine I admire him more. You are so pretty it hurts, Jemaine. 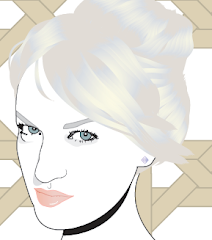 I'm a Filmmaker.
I Write/Direct comedies.

Recently I completed NYU's Grad Film Program after years of being a comedian and making many short comedy films. In 2015 I shot my first feature film as Writer/Director, Inside You.

I'm also a location sound mixer, and am primarily a Boom Op/Sound Utility in IATSE 52 aka for a variety of tv shows and movies.
- My imdb
- My resume on linkedin

I am a comedian: standup, improv, sketch.
You may contact me at heather@sausageforever.com if you would like to book me to perform in or host your thing.

- some of my videos

Recent Essays Here
This is not bleak
When You're Young
On Strength
Cat Scans
Bonjour 2006
Sad Poem
I run low
on Fairy Princess
Self-Hating
On Religion
Basal Metabolism
Stay Away
Stupid Lady
Everybody Hurts
My Working Mother
The Importance of
Being Easy
Most of All
I Am A Writer.
Being Is
Without Sex
Never Forget
Not Yet
Hope
Fink 2.0

THIS BLOG HAS BEEN AROUND A LONG TIME!